Copper wires have high density, and it is slightly less flexible and extensively used in power plants and heavy machinery units.

Fremont, CA: Copper is regarded as the best material in conducting and transmitting electricity and electric power over other materials and is extensively used in the manufacturing of transmission cables. Conductors need to be selected for the transmission process by carefully considering the required parameters such as price, efficiency, and load-carrying capacity of the material. Copper wires are extensively used in the transmission of electricity, and as the conductivity of the material increases, the efficiency in the transmission of electricity also adds up accordingly. Copper wires having high mechanical and tensile strength are considered the first choice for the manufacturing of electrical cables.

Advantages of using copper wires in making transmission cables are listed below:

The presence of high conductivity features in the copper wires makes them highly suitable for carrying out the electrical transmission process. Copper wires can withstand sudden cases of short circuits in the electrical network and have got better mechanical strength compared to the other form of materials used in the transmission process. Copper wires have high density, and it is slightly less flexible and is extensively used in power plants and heavy machinery units.

Copper is one of the most ductile materials and it can be stretched to great lengths without having to be broken or diminishing its mechanical strength over its usage. The higher the ductility of the metal higher will be its ability to be drawn into wires which could be used in the transmission process. Copper wires are used widely due to their higher ductility and enormous conductivity features.

During the transmission of electricity from one point to the other, the passage of high voltage current occurs in the wires, and it induces a rise in the surface temperature of the material. The temperature in the material varies according to the voltage drop occurring in the high-tension transmission lines. Regular fluctuations in the lines should be adequately accommodated by the materials, and copper being highly tolerant to temperature variations, does the job with ease.

Higher material reserve – a statistical study conducted across the different geographical locations in the world estimates the copper reserves to be abundant in nature under the earth’s crust. The amount of copper reserves present is enough to sustain the needs of the people for about another five million years. Large material reserves of the material make it the ideal metal to be used for the transmission process across the globe. 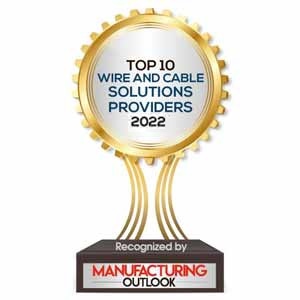 Why Industrial Cleaning is Good for Your Company's Bottom Line?

A Description of Heat Treating Services

How to Stay Safe when Working Around Heavy Equipment