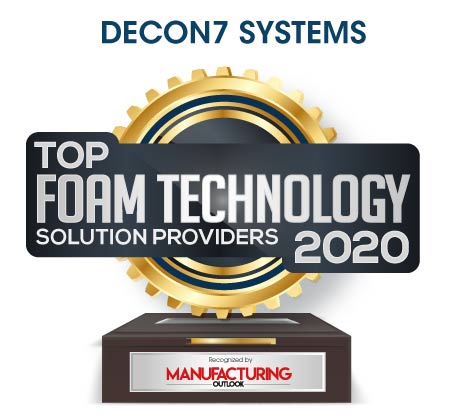 Decon7 Systems: A Multimodal Approach to Disinfection and Sanitization

William Joe Hill, Senior Vice President
The COVID-19 pandemic has brought forth an unprecedented awareness around public health and wellbeing, almost overnight. Consequently, this has led to many lifestyle changes among people to prevent the further spread of coronavirus.

On that front, workspace sanitization and disinfection for uninterrupted business operations is playing a crucial role in the commercial sector. As employees’ health and safety are directly correlated with an organization’s overall productivity, they need to have stringent sanitation programs for preventing any operational disruption arising from a viral or bacterial outbreak. At the same time, the novelty and resulting severity of the COVID-19 virus have made it clear that businesses need to be prepared for unknown microscopic adversaries even in the future. The market-available disinfectants and sanitary products, however, are not designed to tackle novel and newer threats. As a result, many organizations are now looking for more robust alternatives to mass-produced disinfectants. And their search often ends with D7—a new class of purposely engineered disinfectant solutions commercialized by Decon7 Systems.

“We’re not a mass chemical production and manufacturing company. With our premium disinfection and sanitizing product, we are like the Ferrari or Lamborghini of this space at a corvette price,” quips William Hill, the senior vice president at Decon7.

What makes the D7 solution a suitable alternative to mass-produced domestic disinfectants is its purpose-built nature. The original formula of D7, notably, was developed in the wake of the Tokyo subway sarin attack in 1995. As preventive measures against any similar chemical attacks or biohazard contamination, the U.S. government wanted to empower its military and first responders with better health safety measures. Thus, the Sandia Laboratories in New Mexico developed an innovative decontaminating foam technology—DF200. Once the decontaminating foam’s base formula was developed and thoroughly tested, licenses were contracted out to private businesses for the further strategic development of potentially life-saving application of DF200 on a commercial level. Established in 2012, Decon7 is the most successful commercial company to charter the patent of DF200’s initial formula. Decon7 continued to refine the initial formula for increasing the efficacy further under the moniker D7.

The first breakthrough for Decon7, however, came during the 2015 avian influenza. In the middle of the bird flu epidemic, the United States Department of Agriculture (USDA) reached out to Decon7 for helping them contain the outbreak. This partnership’s positive response propelled Decon7 to finally commercialize the D7 product line and develop different business applications for it.

So how does D7 differ in composition and efficiency from other disinfectants? Hill explains that traditional decontaminants often fail to penetrate soil loads, envelopes, and bio-barriers formed by microorganisms to survive in harsh conditions. As a result, a few days after the initial sanitization, the microbes start to regrow as their environment becomes favorable for sustaining life. Hill says, “When you are using quaternary ammonium cations (quats), peroxides, or alcohol alone, you are using only one method to disinfect. In order to overcome that hurdle, D7 takes a multimodal disinfection approach that is effective against even the world’s most dangerous microorganisms.” The D7 solution constitutes three parts with five distinct components—surfactant chemicals or soap, inorganic salts (like baking soda), hydrogen peroxide, hydrogen peroxide booster, and water.

With our premium disinfection and sanitizing product, we are like the Ferrari or Lamborghini of this space at a corvette price

When D7 is applied on any contaminated surface, the disinfection process starts with the surfactant neutralizing the mycotoxin within microorganisms’ cell walls, thereby weakening their bio-barriers/biofilms or any other protective barrier e.g., viral envelops and mucus. Additionally, it creates an osmotic imbalance between the microbes’ intra- and extracellular environment, flagging the biofilm further. Then the 3.95 percent peroxide solution penetrates to the interior of cells at a molecular level. And the booster solution amplifies hydrogen peroxide’s effectiveness even in low concentration while making it suitable to use around humans and other living beings.

Such a multimodal and extensive disinfectant capability has also helped D7 record a log kill of seven. In simple terms, this means that compared to disinfectants that kill 99.9 percent (log kill of three) of microorganisms, D7 can effectively kill 99.99999 percent of microbes. “In the microscopic world, a log kill of three is really a D minus while the log kill of seven is the A-plus,” enthuses Hill. To substantiate his claim further, Hill shares the example of the COVID-19 contamination and how the log kill of seven can show better efficacy against the disease transmission. For instance, a single sneeze of a coronavirus infected person can contain up to 200 million viral particles. If one uses a disinfectant that kills 99.9 percent contaminants, it would still leave behind 200,000 of the particles, and it takes only a 1,000 viral particles to contaminate a healthy individual. So the remaining particles are enough to contaminate 20 people. In contrast, D7 kills 99.99999 percent of the microbes, leaving behind roughly 20 viral particles, insufficient to pass the disease forward.

These illustrated strengths of D7 make it one of the most sought after disinfectants today in the food and biosecurity field, along with a significant presence in the defense, public safety, and facility management space. Decon7 is also helping commercial establishments like hotels, casinos, and manufacturing facilities. Recently, one of the Decon7 clients in the food and beverage industry was facing repeated Listeria, Salmonella, and E. coli contamination at one of their facilities. Despite using cleaners and sanitizers regularly, the client could not prevent bacterial outbreaks. Decon7 realized that the primary reason for the repetitive outbreak was the bacterial consortiums in the cracks and seams of the facility’s old concrete flooring. The traditional disinfection methods failed to kill these microorganisms efficiently as those approaches couldn’t reach every nook and corner of the floorboard. On the other hand, the surfactant in D7’s composition helped in wicking out the extracellular substances from the cracks and crevices. “As soon as we applied D7, we saw the chemical pulling all this stuff that was underneath the surface,” recalls Hill. This extensive sanitization and disinfection helped the client prevent any chances of a future bacterial outbreak.

With many similar success stories under its hood, Decon7 is now poised to transcend its niche areas of expertise and explore other related domains. Hill believes that at present, it is a promising time for Decon7 to expand its businesses. “The shift in public opinion around healthy lifestyle has kindled a moderate sprint for D7 to become a more popular name. Because D7 not only provides a better environment for users, it also cuts down on repeated sanitization efforts, thereby paving the way for economic sustainability in the long run,” concludes Hill.

Description
D7 takes a multimodal disinfection approach that is effective against even the world’s most dangerous microorganisms. This solution constitutes three parts with five distinct components—surfactant chemicals or soap, inorganic salts (like baking soda), hydrogen peroxide, hydrogen peroxide booster, and water. When D7 is applied on any contaminated surface, the disinfection process starts with the surfactant neutralizing the mycotoxin within microorganisms’ cell walls, thereby weakening their bio-barriers/biofilms or any other protective barrier e.g., viral envelops and mucus. Then the 3.95 percent peroxide solution penetrates to the interior of cells at a molecular level. And the booster solution amplifies hydrogen peroxide’s effectiveness even in low concentration while making it suitable to use around humans and other living beings 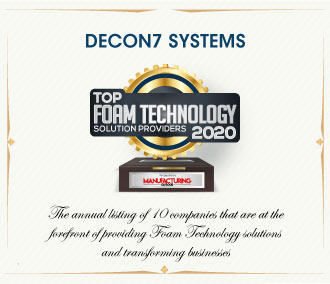